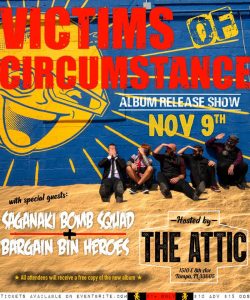 Join us for the release of our fifth album of original material! Aptly titled, FIVE (V) won’t officially be released for the public until January 24th, but our local fans have a chance to snag it early!